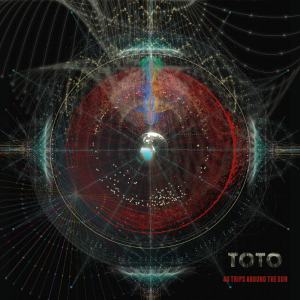 As hinted by the title, 40 Trips Around the Sun, Toto’s latest compilation, celebrates the 40th anniversary of the band’s self-titled debut album. While it had never been the critics’ darling, Toto has been known for two things that matter most to its fans: superlative musicianship and radio-friendly hit songs. And there’s plenty of the latter on 40 Trips that spans a majority of Toto’s career: from the band’s first-ever smash “Hold the Line,” to “Rosanna” and “I Won’t Hold You Back” from the Grammy-winning Toto IV. In between some of the band’s popular album cuts and singles such, including “99”, the jazzy soul pop “Georgy Porgy,” the driving “I’ll Supply the Love,” and the tender ballad “I’ll Be Over You.” Marking the milestone are three newly-recorded tracks featuring the Fahrenheit-era lineup of Toto–guitarist Steve Lukather, keyboardists Steve Porcaro and David Paich, and singer Joseph Williams. Those new cuts such as “Alone” and especially the hard-rocking “Struck by Lightning” still have that distinct Toto sound: a cross between pop, rock, progressive rock, and jazz rock. Of particular note is the tropical-sounding “Spanish Sea” (which dates back to the sessions for the Isolation album) sounds like a distant cousin to the band’s iconic hit “Africa”—it’s particularly poignant since it features the drumming and bass playing of the late brothers Jeff and Mike Porcaro, whose losses still resonate. Toto will probably never get the critics’ respect but for a band that’s been around for 40 years now, that pretty much doesn’t matter; as with this case of both the hits and these new songs, Toto seems to be doing fine as it is.