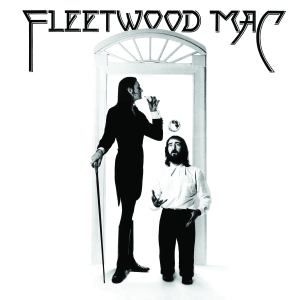 Who could’ve imagined that 44 years ago, two then-unknown American musicians would change the fortunes of a veteran moderately-successful British blues band forever? The artists in question, Lindsey Buckingham and Stevie Nicks, arrived and helped transform Fleetwood Mac into a pop music powerhouse–as reflected on the group’s 1975 self-titled record (a.k.a. the other ‘White Album’). The backstory behind the record is a common-told one: of how Mick Fleetwood was in the Sound City recording studio with producer Keith Olsen preparing for the group’s next project when he heard tracks from an album that Olsen produced called Buckingham-Nicks–and the rest, as they say, is history. Now a group with had three formidable singers-songwriters, Fleetwood Mac hit the big time with its eponymous album, thanks to the hits “Rhiannon” (considered Nicks’ signature song), “Say You Love Me” and “Over My Head” (two of Christine McVie’s catchy and upbeat love songs). Over time, the mammoth success and legend of the Rumours album has eclipsed Fleetwood Mac, but that doesn’t diminish the many wonderful moments offered by the latter. In addition to the aforementioned singles, some of the other songs off of Fleetwood Mac — one of the cornerstones of the ‘70s Southern California sound — have been staples of classic rock and pop radio: Buckingham’s contributions with the bouncy opening track “Monday Morning” and the dense and dark “I’m So Afraid”; the acoustic beauty and tender ballad “Landslide,” which has gone on to become another enduring Nicks’ tune; and the ferocious rock jam of “World Turning.”  The new deluxe version of Fleetwood Mac comes with a ton of previously unreleased material, including early takes and versions of the album’s songs; and live performances from the band’s 1975 tour,  featuring songs from both the Mac’s previous blues/progressive phases (“Hypnotized,” “The Green Manalishi,” “Oh Well”) and the then-new songs from the eponymous record.  Fleetwood Mac remains a well-rounded, filler-free record after 43 years ago, important for not only in debuting the band’s most popular and beloved lineup, but also setting the stage for the blockbuster Rumours and future multi-platinum successes.