Japanese Breakfast, the moniker of indie singer-songwriter Michelle Zauner, held a release party for her wonderful new record, Soft Sounds From Another Planet, at Brooklyn’s Union Pool yesterday afternoon. The follow-up to last year’s Psychopomp, Soft Sounds From Another Planet is a work about healing and surviving trauma—a personal theme especially for Zauner, who lost her mother to cancer a few years ago. In fact, there were only but good vibes to be found all around at the free Union Pool show where Zauner and her band performed tracks from both the new record and Psychopomp: “Diving Woman,” “Road Head,” “This House,” “Boyish,” “Jane Cum,” and “Everybody Wants to Love You.” The finale of the set, the danceable electropop of “Machinist,” concluded the set on a upbeat and energetic note. The opening act Yohuna, led by Johanne Swanson, began the afternoon with some ethereal, subdued synthpop. 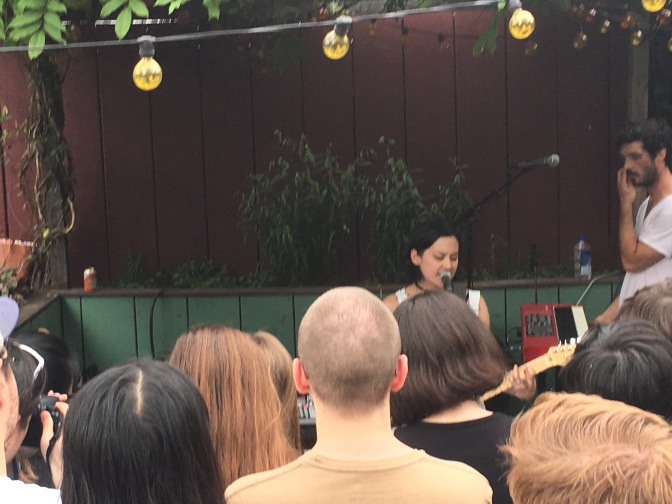 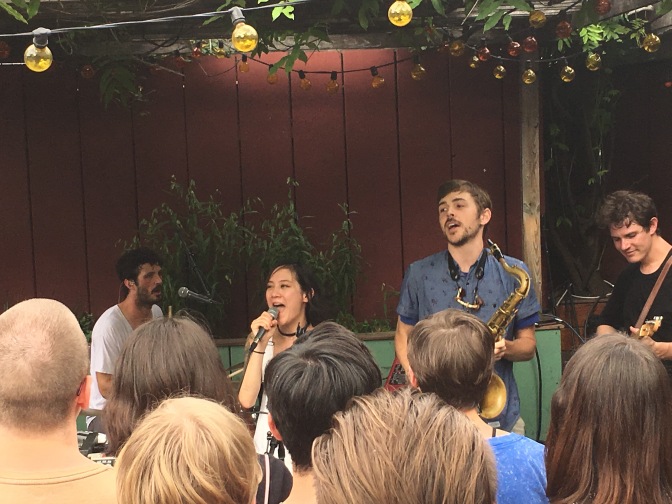