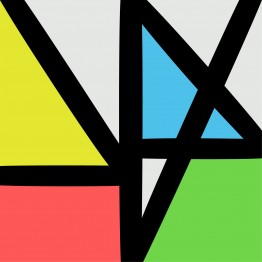 New Order’s latest record Music Complete marks a series of firsts in the Manchester band’s career: the band’s newest offering in 10 years; the first album without original bassist Peter Hook; and the return of keyboardist Gillian Gilbert for the first time since 2001’s Get Ready. Those things aside, Music Complete pleasantly harkens back to the band’s sound from the mid-’80s through early ’90. For example, the urgent and driving open track “Restless (which the band doesn’t sound at all, by the way) and the tension-filled “Academic are reminiscent of tracks that could have been Low-Life and Brotherhood; while the throbbing electronic-minded “Tutti Frutti” would have been a shoe-in for inclusion on Technique. Music Complete traverses between post-punk New Order and its EDM/dance-oriented phase (the Giorgio Moroder-like “Plastic,” “Singularity”). There are even some uncharacteristic moments: “On the High Line” has a Chic-influenced ’90s New Jack swing to it; the buzzy rocker “Nothing But a Fool” is perhaps a rare band love song; and even “Superheated” ends the album with a very exuberant New Wave kind of high. A highlight from Music Complete is undoubtedly the otherworldly spoken-word guest vocal of Iggy Pop amid the pulsating beats and electronics—very Velvet Underground-y. Admittedly, the idea of New Order existing without Hook’s distinct and signature bass lines might have seemed impossible, and to his credit, new bassist Tom Chapman doesn’t try to emulate Hooky. Personally, it’s great to have Gilbert back in the band, which kind of took away something from the last album Waiting for the Sirens Call without her; and Bernard Sumner shows some really aggressive guitar that perhaps not have been heard for in a while, particularly on “The Game.” Music Complete is perhaps the band’s strongest effort to date and signals a promising new chapter in New Order’s unfinished history.