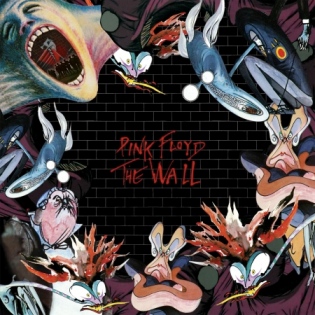 Although they were part of the progressive rock movement by the time The Wall was released in 1979, Pink Floyd—particularly Roger Waters—crafted something that is arguably  punk in attitude and spirit. The Wall conveys the themes of isolation and detachment with both venom and poignancy. It also contains some of the band’s best-known songs, such as the disco-influenced “Another Brick in the Wall, Part 2” (Pink Floyd’s first and only U.S. Number One); the haunting ballad “Hey You”; the driving rocker “Run Like Hell,” and, most importantly, the searing “Comfortably Numb” with David Gilmour’s signature guitar work. With song titles such as “Goodbye Cruel World,” “One of My Turns,” and “Empty Spaces,”  you pretty much know where lyricist Waters is coming from as far as expressing the hurt and pain inside. Yet there is also a sense of humanity throughout The Wall’s bleak point of view, especially in quite moving tracks like “Mother.”  “The Wall is both emotionally draining and liberating—it’s a powerful musical statement and undoubtedly one of the band’s most resonant works.

The Immersion Edition literally expands The Wall to include Is There Anybody Out There? a double-live album that was originally released in 2000 from The Wall tour ’80-’81—it also includes a performance of “The Last Few Bricks,” which didn’t appear on the original studio album. The real incentive, however, is 2-CDs’ worth (64 tracks in all) of previously unreleased Roger Waters and band demos of The Wall tracks that offer a glimpse of how the songs came to be—it’s really interesting to hear some of the familiar numbers like “The Doctor (Comfortably Numb)” and “Young Lust” in their skeletal forms with sometimes different lyrics, tempo and performances—in some cases, there are never-before-heard songs like “It’s Never Too Late” and the bluesy-funky “Sexual Revolution.” For die-hard fans longing to hear early versions of those songs from The Wall, these demo tracks are somewhat of a revelation.

As with the recent treatments of The Dark Side of the Moon and Wish You Were Here, this Immersion Edition of The Wall also contains lavish packaging, including two photo books from The Wall tour, Gerald Scarfe’s memorable illustrations, and a large poster featuring those familiar handwritten lyrics from the album. The DVD features a documentary behind the making of the record, a live performance of “The Happiest Days of Our Lives” from Earls Court, 1980, and a promo video for “Another Brick in the Wall, Part 2.” This version is most certainly for Wall enthusiasts.