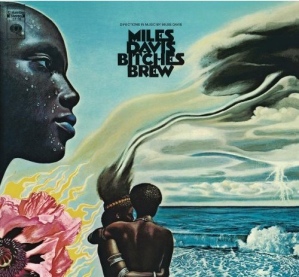 In retrospect, it’s amazing how things can change in 10 years especially when it comes to the progression of Miles Davis’ music from Kind of Blue to Bitches Brew. Kind of Blue (1959) was rooted in modal jazz; 1970’s Bitches Brew’s model was more rock and funk. The 90-mintue plus music on that record was a collage of sonic brilliance and adventurism dominated by assertive rock-styled drumming, electric guitar riffs and electric piano. The result was something that was mysterious and jarring (“Miles Runs the Voodoo Down,” the title track, “Pharaoh’s Dance”) and sublime (“Sanctuary”). Accompanied by a Hall of Fame cast of players, Davis made his presence felt with a horn performance that would both soar, echo and jab you at certain instances. This new reissue to celebrate the album’s 40th anniversary contains two previously unreleased bonus songs and a DVD performance of a concert in Copenhagen. Simply put, this masterpiece ushered in the era of jazz rock in the ‘70s that would be mined by bands like Mahavishnu Orchestra, Return to Forever and Weather Report.