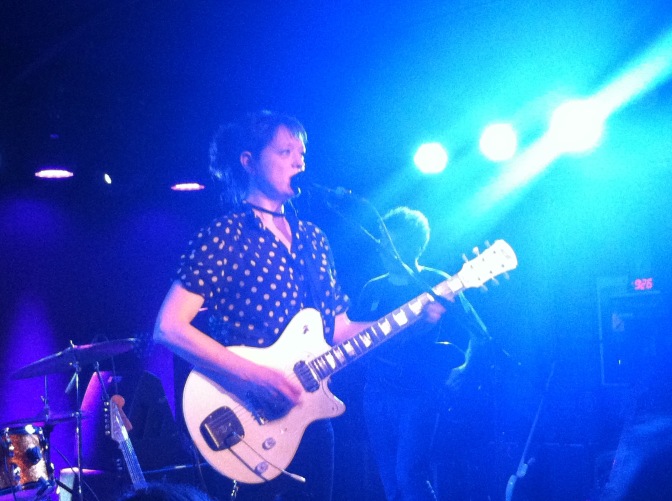 Singer and guitar hero Mary Timony is proof that you can go home again—that is, by revisiting early material that probably had not been played in years. The leader of Ex Hex has been on tour performing the music of her ’90s band Helium, coinciding with the recent reissued of Helium’s only two studio albums The Dirt of Luck and The Magic City on vinyl as well as the release of a new rarities compilation Ends With And. Accompanied by members of Hospitality as her backup band, Timony performed a dynamic and at times explosive set of all Helium material to a packed sold-out crowed at the Mercury Lounge, the first of two performances on the same night. The music was a throwback to the ’90s, but it could have sounded something fresh and new from today’s bands. The opening song “Pat’s Trick” set the electrifying tone of the show, followed by other familiar favorites drawing on Timony’s imaginative fantasy-laden lyrics, including “XXX,” “All the X’s Have Wings,” “Vibrations,” “Leon’s Space Song,” “Honeycomb” before concluding the main set with a bang in “Ancient Cryme.” The band then returned for its encore with “Lady of the Fire,” “Superball” and finally “Baby’s Going Underground,” which brought things to a stirring and exhilarating end. Timony’s enthusiasm in playing the songs was obvious throughout her set, both in her patter to the audience—who rapturously cheered after each song–as well as her guitar playing, which was both dazzling and rip-roaring. Undoubtedly the most spontaneous moment of the night occurred when the bassist broke his string–so during the pause, Timony and the rest of the band improvised on Yes’ “Long Distance Runaround” while the audience sang along (or at least tried to)–Timony incredibly sounded note for note like Steve Howe on that song. Judging from this particular show, it’s no wonder that Timony’s re-exploration of Helium’s music garnered all that recent press attention when it was announced this past spring: it positions Helium as one of the most important and finest bands of the ’90s whose career should’ve lasted longer than two albums, as well as enhancing Timony’s stature as an alt-rock goddess. 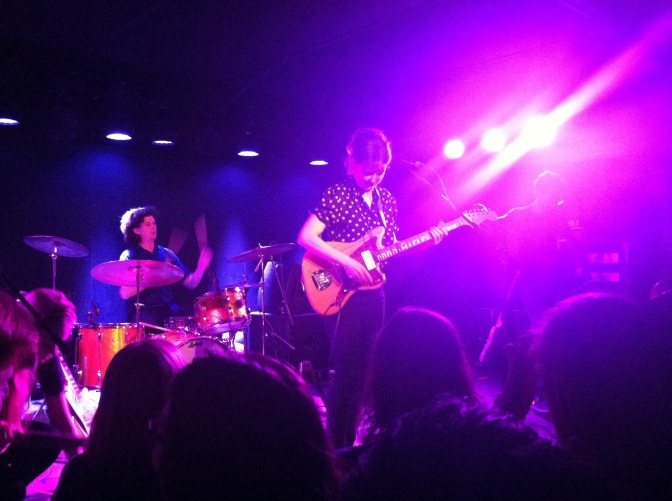 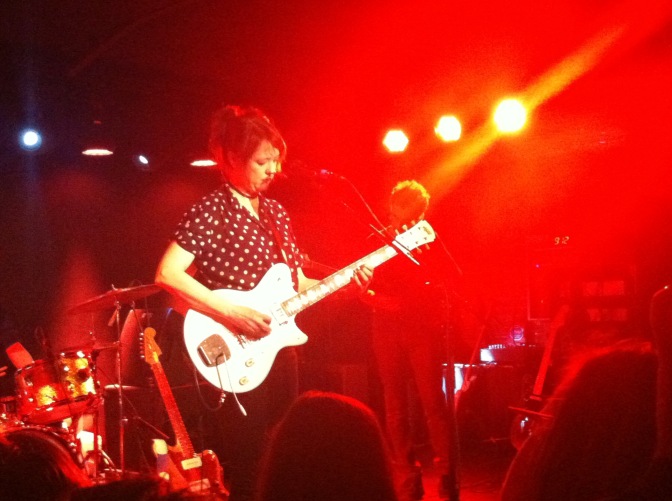