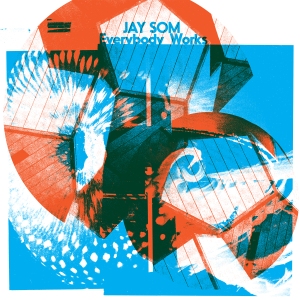 Under the moniker of Jay Som, 22-year-old Melina Duterte from the Bay Area has crafted an album that is sure to be on many music critics’ best-of year-end list. Everybody Works is remarkable on two fronts: first, it was entirely recorded, performed and produced by Duterte all by herself in her bedroom. The second thing that the music in one aspect is intricate and ornate (i.e. like on the delicate and ethereal opener “Lipstick Stains” and the closing “For Light”) and very indie and DIY on the other (the punkish, Liz Phair-ish “1 Billion Dogs,” and the urgent “Take It”). The songs don’t sound one-dimensional but rather varied, from the jazzy soulful funk of “One More Time, Please” through the dreamy disco-funk-pop hybrid “Baybee” (Duterte has previously commented about how pop star Carly Rae Jepsen was an influence); and the outstanding “(Bed Hed),” which kind of borders on the avant garde with just her voice and guitar riffing. Duterte, who possesses a soft-spoken and cool and confident singing voice, is a multi-instrumental talent whose yearning lyrics reflect a maturity that belies her age (the pointed title song is a commentary about juggling real-life responsibilities while trying to make it as a musician). If the recent critical successes of Julien Baker, Greta Kline, and Lucy Dacus are any indications of the resurgence of talented female singer-songwriters, Duterte has a bright future ahead of her.