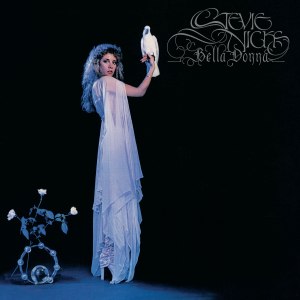 Amid Stevie Nicks’ current 24 Karat Gold Tour, the recent arrival of the deluxe editions of her classic records Bella Donna (1981) and The Wild Heart (1983) couldn’t have been timed better as those were the first two albums that kicked off her spectacular solo career that coincided with Fleetwood Mac’s popularity. Employing producer Jimmy Iovine and a stellar cast of backing musicians, notably guitarist Waddy Wachtel, Nicks further enhanced her bewitching mystic/fantasy persona on her debut Bella Donna, which remains her definitive record. Right off the bat, Bella Donna is an extension of the Mac’s California sound and her usual poetic and romantic lyrics, yielding several hits that have become her standards: 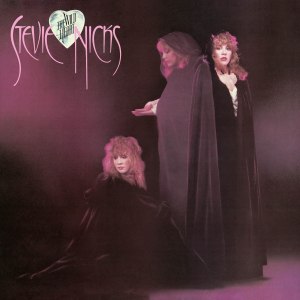 the tough-sounding “Stop Draggin’ My Heart Around,” with Tom Petty and the Heartbreakers; the tender ballad “Leather and Lace,” with Don Henley: and the hard-driving and tension-filled “Edge of Seventeen,” whose memorable guitar riff borrows from the Police’s “Bring on the Night.” Nicks continued on roll with the follow-up The Wild Heart, whose standout track is naturally “Stand Back” (which features an uncredited assist by Prince). The slick sheen of that brilliant song carries on some of the album’s other noteworthy tracks–”If Anyone Falls” and “Nightbird” along with buoyant “Enchanted”; another Tom Petty duet, “I Will Run to You”; and the very lush and orchestral “Beauty and the Beast,” which features one of Nicks’ best performances. Those two records represent Nicks at her songwriting prowess, charisma, commercial peak that almost at times eclipsed Fleetwood Mac.  Each of the deluxe editions contains previously alternate versions of songs, B-sides, songs from soundtracks and in the case of Bella Donna, a bonus disc containing a 1982 concert that mixes tracks from said album as well as hits from Fleetwood Mac, including “Dreams” and “Rhiannon.”