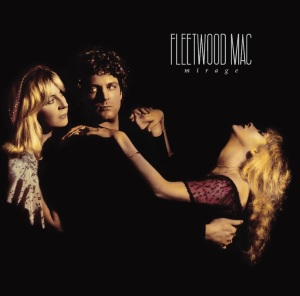 When it comes to evaluating Fleetwood Mac’s discography, the self-titled album, Rumours and Tusk tend to get talked about the most often. In contrast, the band’s 1982 record Mirage is somewhat overlooked, even though it had two Top 20 hits in “Hold Me” and “Gypsy.” Why that’s the case is uncertain given that Mirage is one of the band’s best records, and perhaps this newly reissued set will prompt a critical reevaluation. Mirage was released in the wake of the band’s experimental double-LP opus Tusk and represented a more mainstream back-to-basics approach of the previous Lindsey Buckingham-Stevie Nicks era band records. There’s the tender Christine McVie melodic love songs (the bouncy Motown-like “Love in Store,” the yearning ballad “Wish You Were Here”); the pointed Lindsay Buckingham rockers (the slightly New Wave-ish “Empire State,” the ’50s homage “Oh Diane,” and the angstful yet gorgeous “Book of Love”) and the bewitching Stevie Nick tunes (the country-ish “That’s Alright,” the urgent “Straight Back”). The album’s most popular songs are the ones that hit the Top 10: McVie’s brilliant and memorable “Hold Me,” and Nicks’ dazzling signature tune “Gypsy,” both featuring Buckingham’s inspiring and spiraling guitar solos up to that point. Accompanying the original album is a disc of of session outtakes, demos and B-sides (the deluxe version features those along with live performances from the Mirage tour as well as the DVD audio and LP version of the album) —among the highlights are Buckingham’s elegant and handsome “Goodbye Angel,” “Cool River,” the B-side to “Gypsy,” and a cover of Fats Domino’s “Blue Monday.” Mirage signaled the group return form following the three-year hiatus from Tusk and deserves more recognition today, which this set intends to remedy. 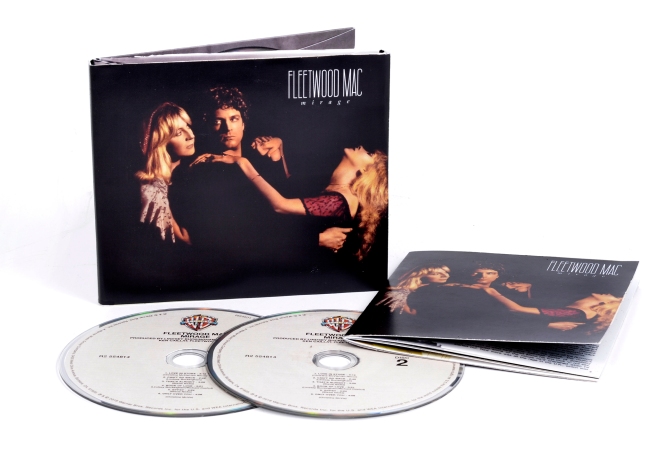