It’s sometimes hard to listen to these new reissues of Emerson, Lake and Palmer’s first three studio albums from 1970 to 1971, and not think about the recent unexpected passing of keyboardist Keith Emerson. His extraordinary musicianship played a huge part of ELP’s distinctive progressive rock sound and identity, so it’s fitting that these new remastered editions are dedicated to him. One of the first rock supergroup’s of the ’70s, the backgrounds of the trio virtually guaranteed their success: Emerson with his band The Nice; guitarist/bassist/vocalist Greg Lake with King Crimson; and drummer Carl Palmer with The Crazy World of Arthur Brown and Atomic Rooster. Along with the original albums whose songs are drawn from the 2012 masters, these new sets feature a second disc of bonus tracks, including alternate takes and live performances. 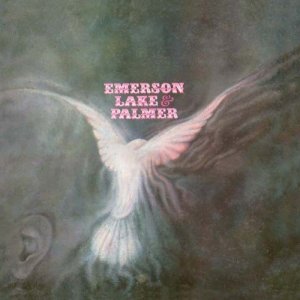 Released in 1970, the self-titled album introduced ELP’s fusion of classical and jazz chops, embodying both the innovations and excesses of progressive rock. It kicks off with almost a proto-metal take on Bartok’s “The Barbarian”; followed by  the jazz-meets-classical epic “Take a Pebble”; the gothic bombast of “Knife-Edge”; Emerson’s opus “The Three Fates,” which not only incorporates classical influences but also some Latin rhythms at one point; and “Tank,” which showcases Palmer’s dazzling, frenetic drumming. Emerson Lake and Palmer‘s best known track remains “Lucky Man,” a Lake composition that would result in the band’s mainstream hits mostly being Lake’s acoustic romantic ballads.

The band’s second album, Tarkus (1971), is undoubtedly ambitious (not to 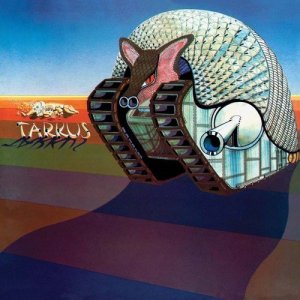 mention its unforgettable cover art of the armadillo-shaped tank), fueled by the epic grandiose title cut with its different sections and shifting tempo; that song ranks up there with Yes’ “Roundabout,” and Genesis’ “Supper’s Ready” as one of the definitive progressive rock tracks in history. Following that are shorter songs (by progressive rock standards) on the album’s original vinyl side, including Jeremy Bender, which evokes the feel of a saloon song; the intense-sounding “Bitches Crystal”; the solemn yet soaring “The Only Way (Hymn)” and the ’50s-styled rocker “Are You Ready Eddy,” a reference to the band’s engineer Eddy Offord. 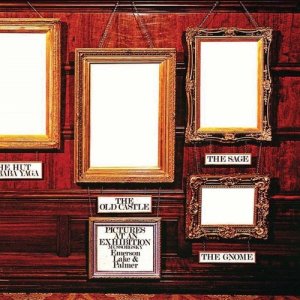 ELP’s affinity for classical music reached its highest point with Pictures at an Exhibition (1971), an interpretation of Modest Mussorgsky’s famous suite of the same name. Recorded live at Newcastle City Hall, ELP’s reworks Mussorgsky’s masterpiece with a rock feel such as “Promenade” (which Emerson plays on the pipe organ) and the majestic “The Great Gate of Kiev,” along with their own original compositions like “Blues Variation” and “The Curse of Baba Yaga.” Ironically, the album concludes “Nutrocker,” an uptempo variation of Tchaikovsky’s classic “Nutcracker.”

As a harbinger of what else to come with the ELP reissue program is The Anthology, a 3-CD collection spanning their entire career from 1970 to 1994; in addition to the notable tracks from the aforementioned fir three albums, the anthology contains more of the best: “Still…You Turn Me On,” “Karn Evil 9, “From the Beginning,” “Jerusalem,” and two Aaron Copeland interpretations of “Hoedown” and “Fanfare for the Common Man’ It’s nearly perfect sampler of the band’s music with liner notes by Chris Welch (the inclusion of the 1992 comeback song “Black Moon” would have made it even better). Otherwise it sets up anticipation for the next round of reissues: Trilogy, Brain Salad Surgery and the live Welcome Back My Friends to the Show That Never Ends.