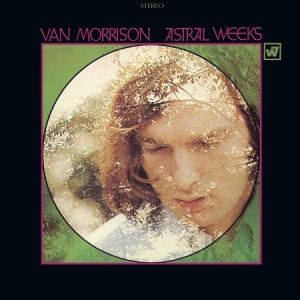 Van Morrison’s Warner Bros. Records output from the early ’70s gets the special reissue treatment as it did for Moondance from a few years ago in the form of the immortal Astral Weeks and His Band and the Street Choir. It is remarkable that upon its initial release Astral Weeks (1968) never became a huge success. But like all great albums, it became a bona fide classic over time and solidified Morrison’s reputation as troubadour of the highest order. There’s a mystical and lyrical sensuality that runs through Astral Weeks from the hazy, ambrosia-filled title song; through the folkish and driving “Sweet Thing” and the swinging and brassy “The Way Young Lovers Do” (a song that would have been tailor-made for Frank Sinatra) to the soulful “Madame George.” The sheer beauty and breadth of Astral Weeks still lingers even after the last song “Slim Slow Slider” finishes the record; it’s represents a defining moment in Morrison’s career up to that point. The special edition of Astral Weeks contains four previously unreleased versions of songs including “Beside You” and a longer version of “Ballerina.”

Whereas Astral Weeks has a very folk-jazz thread running through it, His Band and the Street Choir (1970) follows more in the vein of Moondance‘s soul music. There is no questions that American R&B music had a profound influence on Morrison, as evidenced on the country-blues ditty “Give Me a Kiss”; the hard-funk of “I’ve Been Working”; and the urgent gospel plea of “If I Ever Needed Someone.” Even the pretty “Gypsy Queen” recalls some of the baroque aspects of Astral Weeks. The album’s most famous song and one of Morrison’s beloved hits is the celebratory “Domino”—it’s hard not to swept away by its exuberance aided by those famous horns. Perhaps not as famous as Astral Weeks and Moondance,  His Band and the Street Choir nevertheless is again a joyful and passionate record of Morrison exercises his further love for R&B. Several unreleased versions of the album’s tracks like “I’ll Be Your Lover, Too” and “Call Me Up in Dreamland” round out this reissue.