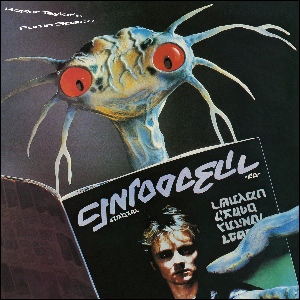 Roger Taylor is best known as the drummer of Queen, but that just tells only part of the story of his career. Away from the drum kit of the parent band, Taylor is a versatile solo artist who also sings, writes, and plays a variety of instruments. The full breadth of his talents is covered on his solo recordings as evidenced on his first two albums from the ’80s, Fun in Space and Strange Frontier, both of which are reissued with bonus tracks and available here in the States for the first time in years.

There is no question that Taylor – along with Brian May – brought a hard rock edge to Queen’s sound, which is no surprise on his 1981 full-length debut in Fun in Space, an appropriate title since several of the tracks have a futuristic, sci-fi element to them  such as “Future Management”, “Interlude in Constantinople” and the haunting title song. (Adding to that atmosphere is the use of synthesizers, something that Queen had always boasted never using on their its several albums). Sonically, Taylor’s solo outing is a bit of a stylistic departure from the band in that it incorporates some New Wave influences– one could immediately hear that on the opening track “No Violins,” which could have easily appeared on the Cars’ debut record. Aside from the usual Taylor hard-driving rockers such as “Let’s Go Crazy” and “Good Times Are Now” are also some touching power ballads, including the gospel-ish “Laugh or Cry” and “Magic Is Loose,” whose tempo is very similar to that of his previous Queen composition “Drowse” from Queen’s A Day at the Races. It’s an impressive effort given that Taylor handles most of the instruments on the record and also displays some solid electric guitar work, like his solo on “Laugh or Cry.” This remastered edition of Fun in Space comes with three bonus tracks, including 1977’s “I Wanna Testify,” Taylor’s soulful hard rock interpretation of the Parliaments song and the single version of “My Country.” 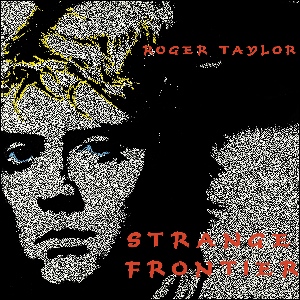 If the elements of New Wave and electronic rock music seeped its way onto Fun in Space, then they totally dominated 1984’s Strange Frontier, released in the same year as Queen’s comeback record The Works. Again like Fun in Space, Taylor nearly plays all the instruments, and he’s assisted by his fellow Queen band mates. Compared to Fun In Space, Strange Frontier is an even more rocking, dynamic-sounding and accessible album – several of its tracks might have had some radio airplay in the States if given the chance: the title song, “Abandon Fire,” and the danceable “Killing Time.” Strange Frontier also features two cover songs, an anthemic take on Springsteen’s “Racing in the Streets,” and a haunting but no less powerful version of Dylan’s “Masters of War.” Another standout, “Man on Fire,” best sums up Taylor’s musical persona, while other songs like the Phil Spector influenced “Young Love” and the heavy synthrock “I Cry For You” finds the drummer further branching out a bit from the parent group’s sound. This reissue of Strange Frontier also features additional tracks, among them the B-side “Two Sharp Pencils (Get Bad)” and several remixes.