Genesis
Sum of the Parts
Eagle Vision
by David Chiu

(Note: An earlier version of this review was published back in October when the documentary first aired on Showtime.)

The story of the British rock band Genesis could be considered something completely out of left field. In the beginning, the group was a popular progressive rock band in the ’70s with a charismatic, costumed-wearing front man named Peter Gabriel. After he left for a solo career in 1975, the band’s future was in serious doubt. But in the most unlikeliest of scenarios, Genesis’ drummer Phil Collins took over the vocals. His presence behind the mike marked the arrival of Genesis as a hugely successful pop band during the ’80s and early ’90s. Overall, the band’s stature has considerably grown even though Genesis’ activity has slowed down a bit after 1997, culminating in a reunion tour in 2007 and an induction into the Rock and Roll Hall of Fame.

The fact that the band’s history aired on major American cable network Showtime as a documentary, Sum of the Parts, and is now available as a DVD, speaks volumes of Genesis’ continued popularity. Yet it’s also unusual that the band would even be the subject of a documentary only because the members are the antithesis of the stereotypical ’70s rock band: there are really no drugs, sex, violence, backstabbing, and tragedy associated with Genesis. Rather, it’s been all about two things: music and friendship, going back to the days when several of the original members were students at the Charterhouse school during the ’60s.

Sum of the Parts brings together the members of the classic lineup that existed between 1971 and 1975: Gabriel, Collins, Tony Banks, Mike Rutherford and Steve Hackett — although fans would probably prefer a Lamb Lies Down on Broadway reunion on stage. The story is neatly divided into the Peter Gabriel and Phil Collins eras; recent individual and group interviews reveal anecdotes not about the members, the songs/albums and the performances, as well as  personnel changes, especially when Gabriel decided to leave the band. Some viewers may be surprised to learn that the affable Collins initially didn’t want to become the lead singer but was nevertheless drafted because the auditions for a new vocalist didn’t pan out — the fact that Collins was already a member of the band made the transition easier to the fans. And from there on, Genesis eased up on the progressive rock and moved towards a more mainstream and accessible pop sound that would culminate in the 1986 blockbuster Invisible Touch.

All in all, Sum of the Parts is well produced.  Die-hard fans probably know Genesis’ history anyway — but it’s still enlightening to hear the classic lineup talk about the past, especially from Gabriel and Hackett, both of whom have been so far removed from the band since the mid-’70s and yet achieved critical success in their respective solo careers; and as well from Collins, who became a superstar in his own right during the ’80s. And based on their interaction with each other these days, there still seems to be a genuine friendship and respect for each other, which probably explains why the music remains enduring. Even casual fans should watch this story as an example of how a great band — despite changing members and changing tastes — does it right. 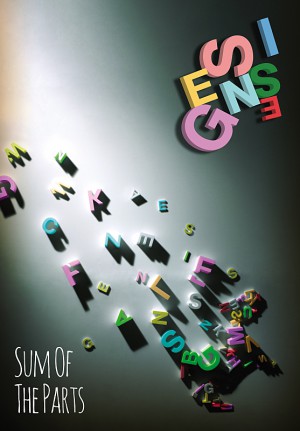