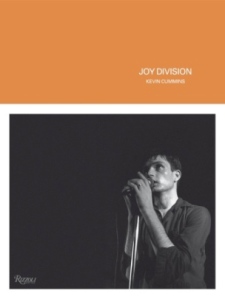 Just as Manchester band Joy Division were about to embark on their first American tour, singer Ian Curtis hung himself on May 18, 1980 the age of 23. Thirty years later, his short life and that of the band’s still continues to resonate in music, film and now this wonderful photo book by Kevin Cummins. A photographer who did work for NME, Cummins took numerous black and white photographs of the band between 1978 and 1979. As he explained in his preface, he shot in black and white, not because it matched the aesthetic of Joy Division’s dark, post punk sound, but out of necessity since the publications he worked for only printed in black and white. In retrospect, it was truly worked out in the end because it gives the photographs, a timeless quality—a very stark ambiance that was indicative of the bleak times of Manchester. The images of Curtis onstage are haunting, from his blank expressions to his spastic movements—it’s so easy to visualize based on these photographs what he and the band must have been like live even if you were never around to see them. The book also contains some reflective moment of the band working in a loft-like space—it provides a nice contrast between the shadow and light and again seeing Ian in those pensive moments, such as being by himself surrounded by gear and litter, or by a window with an elbow resting on a lamp. Additional highlights of the book include photographs of memorabilia from the period such as flyers, set lists and instruments; an interview between Cummins and guitarist Bernard Sumner, and an introduction by “Bright Lights, Big City” author Jay McInerney. “Joy Division” the book really captures the mood of this band at a brief but memorable juncture in their lives, a reminder of the legend and influence to come.