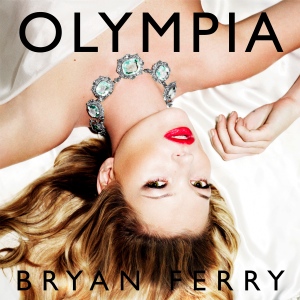 Roxy Music crooner Bryan Ferry offers up another smooth, ultra-romantic effort in the form of Olympia, his first new album of mostly original songs since 2002’s Frantic. It’s a varied-sounding record for the singer, touching on the sounds of his recent solo records and aspects of early and latter-period Roxy. For example, the funky “Alphaville” is a reminiscent of any track on 1994’s Mamouna, and the soulful “BF Bass (Ode to Olympia)” is similar to his cover of “Take Me to the River” on 1978’s The Bride Stripped Bare. Even the hypnotic “You Can Dance” incorporates a sample of True to Life from Roxy’s masterpiece Avalon. What hasn’t changed are Ferry’s velvet, smoldering voice and his tales of unrequited love (the lush “Me Oh My” and the haunting-sounding “Tender is the Night”). Olympia is also an all-star affair with contributions by Phil Manzanera and Andy MacKay of Roxy Music, former cohort Brian Eno, Pink Floyd’s David Gilmour, Radiohead’s Jonhny Greenwood and Scissor Sisters, who co-wrote the almost gospel-ish track “Heartache by Numbers.” It may be the 21st century but when it comes to complicated affairs of the heart, Bryan Ferry is still an old-fashioned romantic idol as in the case of Olympia.