Yes, comparing Bon Jovi’s ‘80s pop metal heyday with their current mainstream rock and roll sound may seem like apples and oranges. Both are certainly of their respective eras—however, they share several things: accessible hooks, an arena rock feel, and a sense of celebration and unity that tends to draw people together rather than apart. Whether you agree or not, there’s no denying Bon Jovi ‘s popularity after nearly 30 years, whereas most of their contemporaries from the ‘80s have bitten the dust or are doing nostalgia package tours.

The New Jersey rockers’ back catalog was recently reissued as digipak Special Editions containing bonus tracks, new liner notes and a replica tour pass. It’s an excuse to look back at a remarkable career that has defied changing trends. Even detractors would have to acknowledge Jon Bon Jovi and company’s perseverance. 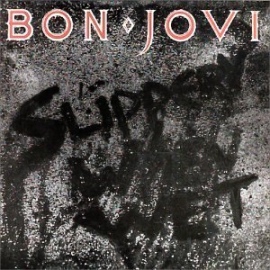 Slippery When Wet, the band’s third album, was the opus that made Bon Jovi superstars. It’s a pure classic in the pop metal vein of Def Leppard’s Hysteria and Whitensnake’s self-titled 1987: it’s brash, aggressive, and accessible (thanks to the presence of hit doctor Desmond Child). This album really ushered in the ascendancy of metal music on the pop charts in the late ‘80s thanks to classics “You Give Love a Bad Name,” “Livin’ on a Prayer” and “Wanted Dead or Alive.” But there are some underrated album tracks—among them the energetic “Wild In the Streets” and the power balladry of “Never Say Goodbye.” Slippery… is a fun record to listen to again and again to relive that period of tight spandex pants and long hair. 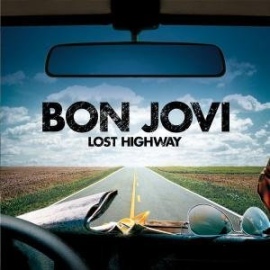 Flash forward 20 years later and it’s a naturally different shift in Bon Jovi’s music compared to before. Some people may lament that the group’s current sound doesn’t have that bombastic “oomph” from the ‘80s. But unlike other bands, Bon Jovi have shown a maturity and willingness to evolve musically and with grace. Lost Highway is a perfect example of that evolution. Recorded in Nashville, Lost Highway has a slight country music influence—no doubt inspired by the success of their country-fied hit “Who Says You Can’t Go Home” from their prior album Have a Nice Day. The melding of rock and roots somehow work especially on tracks like “We Got it Going On,” the title track and “The Last Night.” And the ballads—“(You Want to) Make a Memory” and “Till We Ain’t Strangers Anymore” -–come across as somewhat heartfelt rather than sappy. I haven’t’ listened to the group’s latest album The Circle, but this record certainly feels very personal and poignant (i.e. “One Step Closer”)