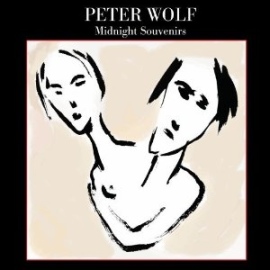 Former J. Geils Band frontman Peter Wolf puts out a stunning work following up his 2002 Sleepless album. Rooted in the blues, folk, country and traditional R&B, Midnight Souvenirs is a heartfelt work distinguished by heartfelt lyrics and Wolf’s signature soul man persona. The lyrics runs the gamut of emotions: romantic angst and regret are conveyed on tracks such as It’s “Too Late For Me” and “Tragedy”–(featuring duets with Merle Haggard and Shelby Lynne respectively); longing on “Watch Her Move” and “Always Asking For You.” Yet there are also glimmer of hope on the powerful and moving “There’s Still Time” and tenderness like on the beautiful ballad “The Green Fields of Summer” (with Neko Case); and the very romantic “Overnight Lows” showcases the singer’s signature rapping. As Wolf’s best effort yet, Midnight Souvenirs is a stirring piece of work that’s heavy on the soul and with heart.