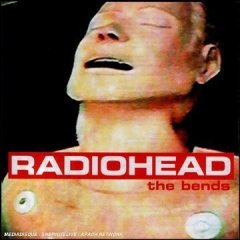 To say Radiohead has evolved musically since their 1993 debut album Pablo Honey is a gross understatement. Judging them on that record alone, it seemed liked they were destined to be like every other alt-rock band at that time: fashionable but irrelevant. To remind one of how far the band has come, its former record company Capitol just recently reissued the first three Radiohead albums each containing a bonus disc of demos, live tracks and other rarities.

To those new fans who’ve only heard the band’s latter experimental albums, the debut record might sound like a shock. In retrospect Pablo Honey isn’t a great album, but it isn’t a bad one either as it’s your typical guitar rock record. It carries the typical slacker angst of the ‘90s evident on tracks such as “You,” “Stop Whispering” and of course the breakout hit “Creep.” It also has its share of some underrated songs like the folkish “Thinking About You” and the rocker “I Can’t.” Overall, Pablo Honey is decent but it is also nothing really distinguishable.

Two years later Radiohead nicely rebounded with The Bends, a bolder-sounding album with the flashes of the brilliance this band is capable of generating. It’s especially best known for two great songs, the eloquent and spare “Fake Plastic Trees” and the lovely power rock ballad “High and Dry.” In between this album has a nice mix of brash rockers (the title track, “Just”) and semi-acoustic tracks (“(Nice Dream)”), “Bulletproof…Wish I Was”), There is a sense of beauty and a greater emotional depth here that was lacking from its predecessor, which why this album works, and it features Thom Yorke’s strong singing up to that point.

Then came OK Computer (1997), in which Radiohead made a 180-degree turn in terms of their musical direction and sound. An art rock conceptual masterpiece for the ‘90s, OK Computer’s songs convey the sense of alienation, detachment and confusion in this increasingly technological age;, heightened by great tracks such as “Paranoid Android” and “Karma Police.” The musical mood shifts from Gothic, atmospheric hymns (“No Surprises,” “Exit Music”) to noisy, sometimes electronic-laden, rock tracks (“Airbag,” “Electioneering”). Yorke’s distant and remote vocals especially adds to the album’s fear of the future. From OK Compyter, Radiohead would be on their way to become one of the most popular and important bands still to this day.