The name of this latest Queen compilation is Forever, but it could also be called Ballads if you really listen hard. END_OF_DOCUMENT_TOKEN_TO_BE_REPLACED

Bad, Michael Jackson’s 1987 album, had the big task of being the follow-up to the massively popular Thriller five years earlier. While it certainly doesn’t measure up to Thriller (in essence, what does?), Bad became hugely successful in its own right, with five Number One singles, an impressive feat at the time. END_OF_DOCUMENT_TOKEN_TO_BE_REPLACED 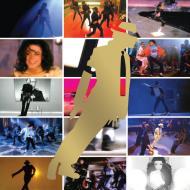 Other than his music, the essential medium to really understand the impact of Michael Jackson is the videos (or as this new DVD set more artistically refers to as short films. Whatever the term you choose to prefer, it is extremely hard to separate the man from the groundbreaking (and sometimes controversial) videos he made—it’s been engrained in the minds and hearts of generations weaned from MTV. END_OF_DOCUMENT_TOKEN_TO_BE_REPLACED